Since 1985, Paul has made numerous recordings, both in Australia and overeas. He has won several major awards for his music, including 7 ARIAs, an AFI, and the Sidney Myer Performing Artist of the Year Award (2001). 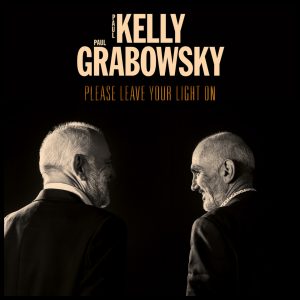 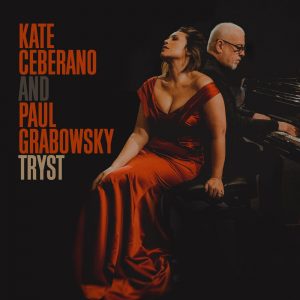 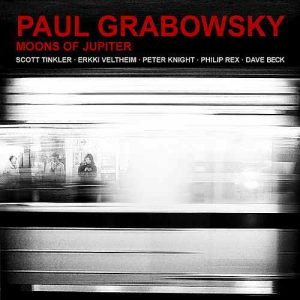 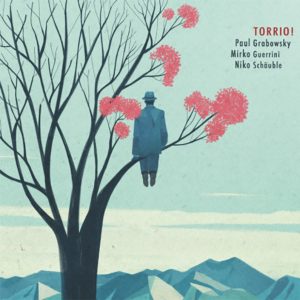 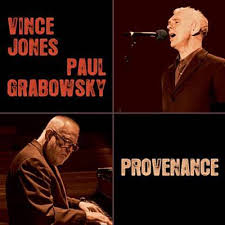 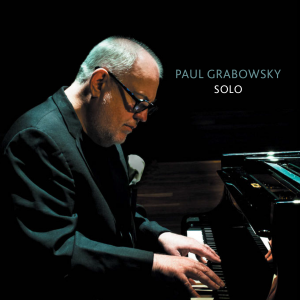 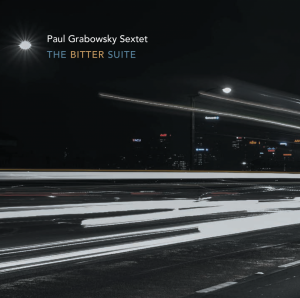 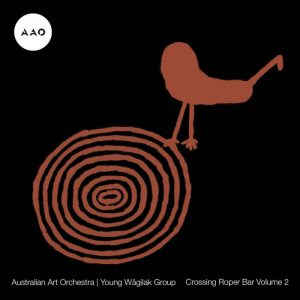 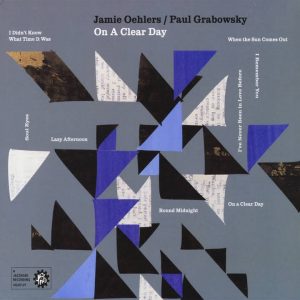 A few years back, Jamie Oehlers, prodigiously gifted tenor saxophonist, suggested playing in a completely improvised setting with drummer extraordinaire Dave Beck. We call the project ‘Lost and Found’. We never discuss what we will do before we play; it just happens, and the results can be very surprising. It’s always fun, and our recording, made at Allan Eatons, is a good example of what can happen

During 2005, I met Dr Catherine Crock, who believes in the power of music to play a role in the healing environment of Children’s Hospitals. She has set up an organisation, the Hush Foundation, which commissions composers and musicians to create music for this very special purpose. There are now 11 Hush CDs, the sale of which has raised over $1 million for pain relief for children in hospital. I am one of two artistic directors for Hush, together with conductor Benjamin Northey. I have made two CDs for the project, the first being a jazz trio set with Andrew Gander on drums, and the late (and greatly missed) Gary Costello on bass. This is ‘Love’s Calendar’. The second, ‘Ten Healing Songs’, is a suite for jazz trio, string quartet and oboe. No less than the Goldner Quartet and Diana Doherty donated their services for this recording.

Bernie McGann is one of the greatest of all jazz musicians, either here or anywhere, for that matter. He represents the essence of the music; uncompromising and thoroughly schooled in the tradition, while creating his own response to it. We have enjoyed playing together over the years, and this album of ballads is the closest I have come to making a jazz album in the classic sense of the word. We are joined by two of my favorite people: Phil Rex on bass and Simon Barker, drums.

The trio provides a perfect support for Shelley Scown on her acclaimed debut album, which features several of Paul’s compositions and some timeless standards.

Tracks: Night & Day; Angel; Revival; Strangers; Walk on By; Never Let Me Go; Takes Two To Tangle; Round Midnight; Blessed Burdens; Darling, Come Back To Me; In Love In Vain; Dark is the Wine.

In 2004 I visited the community of Ngukurr in South East Arnhem Land, and met some of the custodians of traditional songs of place, identity and spirit called manikay. Since that first visit, the AAO have been very involved with these amazing artists, learning their music, and performing it with them throughout Australia, from our major concert halls to remote communities across the Kimberley. This is a studio album that documents part of that journey. I am very proud of it.

Before Time Could Change Us (with Katie Noonan, 2005)

Before Time Could Change Us is a cycle of songs set to love lyrics by the late Dorothy Porter, which I composed during 2003 as a result of a commission from the Queensland Music Festival. Dot’s words are magnificent: she always had the power to compress complex ideas into a few well chosen – and musical – lines, or even just single explosive words. The music runs the gamut from jazz and latin-informed structures to something more approaching art-song. Katie Noonan, who possesses rare and exquisite vocal talents, sings them beautifully, and the band, in which I am joined by Scott Tinkler, trumpet, Philip Rex, bass and Simon Barker on drums, play up a storm. This album won an ARIA in 2005.

My tribute to NYC, my favorite place after Melbourne. My dream all-star band, with Branford Marsalis and Joe Lovano on soprano and tenor saxes respectively, my old comrade Ed Schuller on bass and the irrepressible Jeff Tain Watts on drums. Scott Tinkler, who is a master interpreter of my music, proves that he is totally at home in such company.

The tunes are a mix of old and new: ‘Tailfin’ and ‘Angel’ from Viva Viva are revisited, ‘Silverland’ and ‘Wist’ are reworked trio tunes, ‘Sideshow Sarabande’ was originally composed as a two-piano vehicle for Mark Isaacs and myself some years back. Four tunes were written especially for the project: ‘Medium Rare’ pays homage to Wayne Shorter, ‘Updraft’ is a post-bop tune with ridiculous changes, ‘Circle of Trust’ was inspired by Bjork, and ‘Reason and Rhyme’ is a hymn with surprising enharmonic twists. For the US release on Sanctuary, Philip Rex’s fantastic remix of ‘Silverland’ was included as a bonus track.

Sita (with the Australian Art Orchestra, 2004)

Sita is the music from the acclaimed music-theatre production Theft of Sita, which was first performed as part of the Melbourne International Festival in 2000 and has sinced toured Europe and the United States of America. Sita is a collaboration between members of the Australian Art Orchestra and 5 Balinese musicians under the direction of the co-composer of the music I Gde Wayan Yudane. The music merges traditional Balinese structures with free Jazz and contemporary electronica, and features the beautiful voice of Shelley Scown.

Recorded two months before Tales, Big Adventure is my fourth Australian trio project. With Philip Rex on bass and Niko Schauble drumming, I am free as a player and composer to go anywhere musically, and I feel that we set ourselves some exciting challenges on this recording. The title track is a waltz which uses the South Indian principle of subdivision of the pulse into four and then five beats as the solos unfold. ‘Wicked’ changes metre in almost every bar, before slipping into a different tempo for the last few bars of the form. There is a gentler version of ‘Silverland’, my tribute to the songwriting of Daniel Johns of silverchair, and a long rendition of ‘Wist’ featuring a remarkable bass solo by Phil.

The third album from this award-winning trio features a number of stunning originals, as well as an arrangement of ‘Straight, No Chaser’ in 7/4 and arrangements of Burt Bacharach’s ‘Make It Easy On Yourself’ and Billy Strayhorn’s ‘Star-Crossed Lovers’.

Paul teams up with the incomparable Robyn Archer for a rowdy, international set of classic songs including ‘Stormy Weather,’ ‘It’s Too Darn Hot,’ ‘Ma Riviere’ and ‘Kanonen Song.’

The Trio’s first recording in 6 years brought them a second ARIA, and cemented their reputation as one of Australia’s most important small ensembles. The material ranges from an Allemande of J.S. Bach to original Grabowsky compositions such as ‘Stars Apart’ and ‘Playschool’.

“In its mixture of ambitious writing some superb improvisation not just from the leader but most of his partners and a shrew absorption of contemporary jazz influences, he’s rapidly proving himself to be a world class contender- and advertising a thriving Australian jazz scene into the bargain. Most of all, the leader’s asymmetrical phrasing, collisions of big ideas and unwillingness to coast in his own piano playing mark out a major force in new jazz.” -John Fordham, The Guardian

The now-familiar voice of Shelley Scown was introduced to the world on this album, on which she sings four tracks. Four tracks on the album were recorded in New York, with an all-star band including Paul Motian and Dewey Redman.

Tracks: The Moon and You; Caravan of Dreams; Divided Self; Two Hearts, Three Hearts; You’re Back (I’m Hip); Hard Core; Second Chances; Bundle in Lotus Land; On The Beach; Premonition.

Recorded in 1988, this was the second and last album of Paul Grabowsky’s European trio (with Sunk Poeschl on drums and Peter Bockius on bass). Mainly originals including ‘Clambake.’

This was the first recording by Paul Grabowsky’s trio founded in 1983 with Allan Browne (Drums) and Gary Costello (Bass). It was originally released in a deluxe edition including limited edition lithographs commissioned from 6 Melbourne artists including Philip Hunter. It won an ARIA award in 1990 and is now recognized as one of the most influential Australian Jazz recordings.

Paul Grabowsky formed the Wizards of Oz with Saxophonist Dale Barlow and the now world-famous rhythm section of The Necks – Lloyd Swanton (Bass) and Tony Buck (Drums) – in 1987. Recorded prior to a world tour, Soundtrack consists of original compositions by the band and won the ARIA award in 1989.

Tracks: Visby; Coal for Cook; Horace; None of the Above; Nothing’s Enough; Where Can I Park My Horse?; Leaving